A trip without kids. Don’t get me wrong, I love traveling with my kids BUT, NYC without kids is quite different than with. We went to New York City in 2009 with my parents and Abby and Cade when they were 3 and 1. This time, we left the three kids with my parents at their house and Derek and I flew off to NYC, just the 2 of us.

Derek and I left out of Milwaukee’s General Mitchell Airport and flew into LaGuardia Airport. We flew on a tiny Delta plane and landed with some queasiness, but hey, we landed. We had decided ahead of time to take a taxi to our hotel and so we did. It cost $20 to get to Long Island City in Queens to the Verve Hotel. I had read many reviews about the hotel and they were all great, so I had high expectations. The front desk staff was very friendly and the hotel lobby was clean. If you stay there, just request an upper floor room. We were on the first floor near the breakfast room. It was a bit noisy and the view out our window was of a fence which was a few feet outside the window. Other than that, the room was clean and spacious. There was a hot drink machine and water available all day outside the breakfast room, along with a microwave. The room had a fridge too. Another nice thing about the hotel, which is one reason I chose it is the proximity to the subway. Overall, for the price, the hotel was worth it. We paid just $125/night through hotels.com. That is my favorite place to look for hotels. If you travel or use hotels quite a bit, it is even nicer because once you complete 10 nights, you get one free (or at least a credit towards a night, depending on how expensive it is.)

Once we settled in, got unpacked, checked the map for directions, and packed a day pack, we headed toward the subway. Being from a small town, I am always intimidated by the subway at first. I am used to stepping into my garage, hopping in my van, and driving to where ever I want to go. And, when I get there, having no trouble finding a parking place. This is not the case in NYC. We decided to buy the 7 day unlimited pass for $31/person even though we would only be there for 4 days. That way if we messed up we didn’t have to feel bad like we wasted the money. We would just reswipe the card and be on our way. The first obstacle came just minutes after buying the cards. The line we wanted to get on wasn’t running. I think it had to do with it being a weekday morning. So, we first had to travel in the opposite direction to the end of the line (about 4 stops) and then get off and come back the other way. It took awhile but wasn’t difficult. We made our way to the 9/11 Memorial area. We stopped for a panini, chips, and a Coke at Panini & Company Bread and ordered our 9/11 Memorial tickets online. I had read on a few different sites that we had to have them ahead of time so we messed with the website, which took forever and paid the $4 handling fee for the free tickets. Because we didn’t have a printer with us, we then had to go the the 9/11 Memorial Preview Site on Vesey Street. It turns out that we could have gotten tickets there although we would have had to wait an extra 1/2 hour. It would have been worth it though because I would rather donate the $4 handling fee to the Memorial and not have to mess with it online. We had enough time to look around at St. Paul’s Church and saw some headstones from the early 1800’s. Many of the headstones were so worn that they could not even be read anymore. After that, we walked to the 9/11 Memorial and got in line to get in. It turns out we could have gotten tickets there as well, although we would have had to stand in line. We still stood in line with our tickets but not for nearly as long as those who didn’t already have tickets. After making our way though airport-type security (minus having to take off shoes), we walked to the view the pools. The South Pool’s waterfall was on and it was amazing. It was moving to see all the names and to think about the impact that day had on so many lives. Then we went through the gift shop and saw Paul Jr.’s tribute bike. Derek really liked watching American Chopper and Sr. vs. Jr., so he enjoyed seeing the bike. The 9/11 is a must see in NYC.

After the Memorial, we got back on the subway and headed toward Times Square. When we went to NYC in 2009, we only saw Times Square during the day and I really wanted to see it at night with all the lights and excitement. When we got off the subway at Times Square, it was a little after 6:00 and it was starting to get darker. I could already tell how amazing it was going to be. We ate at Hard Rock Cafe, which was right near the subway when we got off. We shared the nachos and a salad. When we came out from the restaurant, which is in the basement, it was dark out and the lights were amazing! We walked around, did a little shopping, and just took in the sights.

Then we took the subway back to the Verve in Long Island City. We had to walk about 3 blocks back to the hotel. I’m not sure I’d have wanted to walk it by myself, but I felt fairly safe walking with Derek. 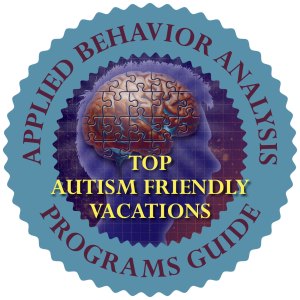